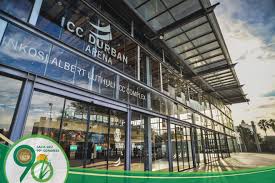 Together, Cwenga and Tongaat Hullet Sugar presented a paper at SASTA 2018 titled: AFTER FOUR DECADES: A NEW LOOK AT ION-EXCHANGE RESIN AT THE TONGAAT HULETT REFINERY

In November 1978 the bone char decolourisation plant at Tongaat-Hulett Refinery (Hulref) was replaced with five ion-exchange columns. This change had major benefits for the refinery in terms of chemical and energy costs, and refined sugar quality.
In order to improve the liquor decolourisation, a further five secondary stage resin columns were installed in 1987. This improved the overall decolourisation from 60 to 70%.

Since 1978 the resin plant has been using the same macroporous strong base anion acrylic resin. Having a single supplier of resin for the refinery has been identified as a risk. In view of this it was decided by the refinery management to evaluate resin from other suppliers. In the paper the work done to evaluate an alternate resin supplier will be discussed.
The following areas will be covered:

The trial has also allowed the refinery to re-evaluate process conditions, and the lessons learnt from the exercise are expected to benefit the refinery in the long run.